Due to the strategic location that the island was occupying, in the crossroad of major shipping lines, the waters off its coast are the resting place of numerous shipwrecks. At the Akrotiri Peninsula, in the southern coasts of the island, sits the abandoned cargo ship called MAV Achaios also known as "The Wreck of Three Stars".

The construction of Achaios ship dates back to the 1930s. In 1976 though, the ship loaded with wood, initiated its trip from Yugoslavia with destination towards the port city of Jeddah in Saudi Arabia. However, a sudden storm surge grounded the vessel to Akrotiri Peninsula. Due to the relatively shallow waters of the coast, the ship was only partially submerged with its upper part remaining above the surface of the sea.

Wreck diving is definitely an incredible way to witness first-hand the fascinating history lost to the waves. Aside from the historical importance, shipwrecks also provide a haven for aquatic life. Therefore, and since it is easily accessible from the shore, Achaios Shipwreck makes a perfect recreational wreck dive, and the shallow waters are ideal for snorkelers.

Every wreck carries its own story and the combination of the beautiful coast, and the magical view created from the rusty vessel, makes Akrotiri an alluring spot for discoveries. 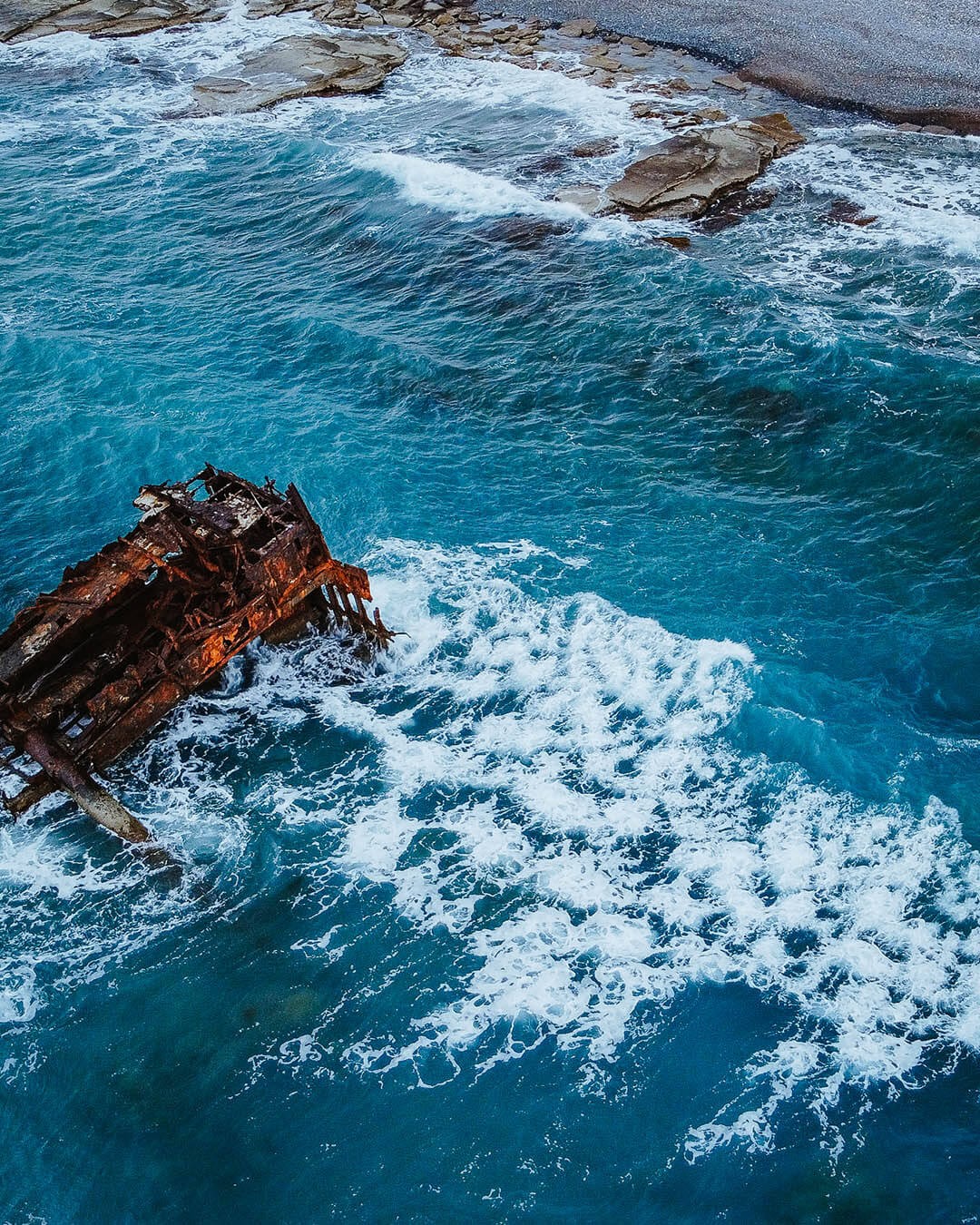 Aphrodite Hills is a coastal resort located nearby Aphrodite’s Rock in the district of Paphos. It offers a 18-hole championship golf course that is proudly c...

If your definition of beach paradise includes crystal-clear waters and an exquisite natural environment, look no further than the Blue Lagoon, located in the...

Arsos is one of the most historic viniculture destinations of Limassol district. It is a village with a traditional environment and scenic landscape, hidden ...

Lying in the scenic Ezousa Valley of Paphos, surrounded by lush greenery and vineyards, Choulou is a small village with a long history dating back to the Fra...

Surrounded by Paphos’ forest, Panagia, is a picturesque village. The village’s name is dedicated to Virgin Mary and its connection with religion is obvious f...